If you follow me on social media, you’ll know that I went to Coachella over the weekend. In fact, I just landed back in Blighty a few hours ago.

I took photos of all of my outfits so over the next few days I’ll be showing you what I decided to wear.

We stayed at the Avalon hotel which is about 40 minutes from the actual festival. I thought this was a bit weird, but everyone else was nearby too… apparently, when you host such an event in the middle of the desert, this is what happens.

This is me drinking out of a coconut at breakfast on the first morning.

Seeing as Tan and I were staying in LA before Coachella, we decided to head there a day early. It takes about 2 hours by car, but when the festival traffic picks up, you can expect a 6 hour trip. We figured going a day early and chilling out in Palm Springs was the best idea.

Seeing as it’s in the desert, the temperature gets a little much for me. I’m scared of burning so I mostly hung out in the shade and went for light-weight linen trousers that I turned up a little at the ankle.

When the evening comes the temperature drops a little. Not a lot, but enough that you’ll be chilly in a t-shirt alone. 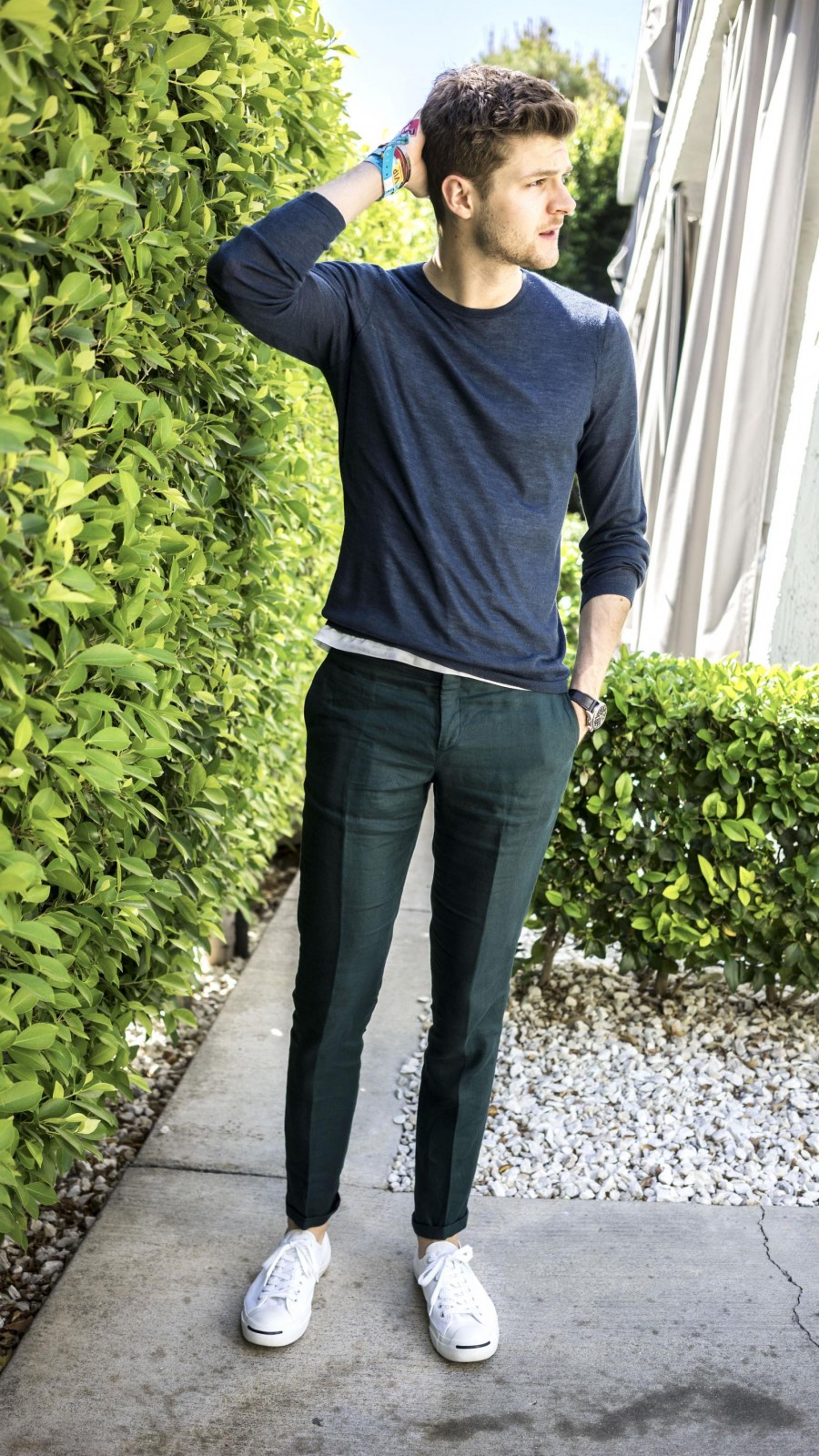 Look out for tomorrow’s post to see what I wore on the next day.